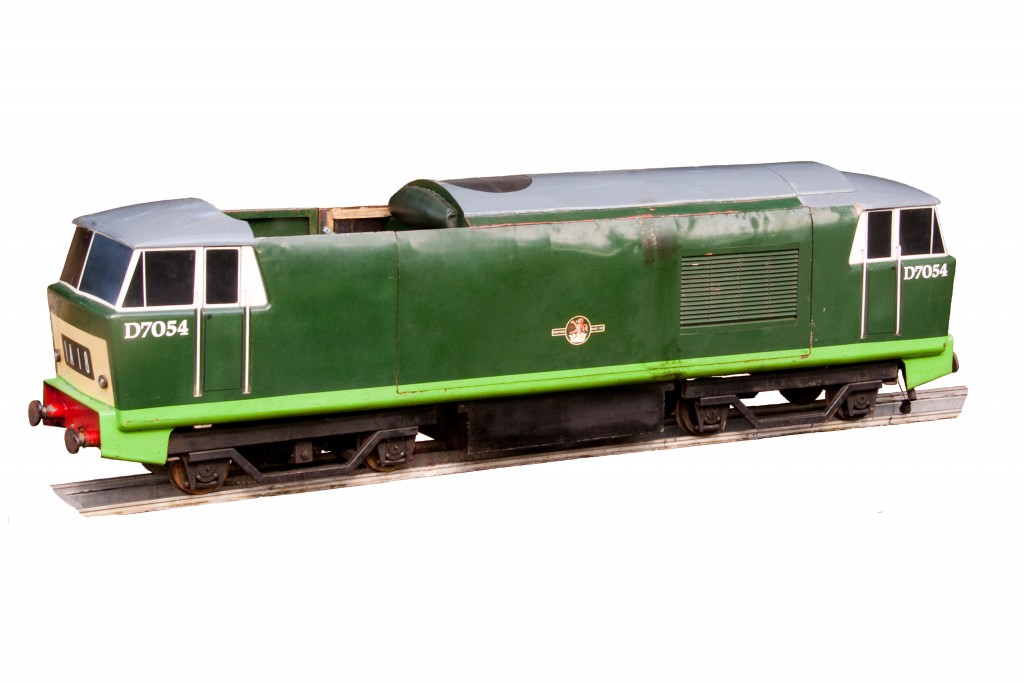 The model, which was completed in 2000, is a replica of one of the earliest of the British Rail diesel locomotives that in the 1960's were to sweep the steam locomotives from the rails of the UK for all time, or at least that was the plan then. Hymek, which was built by Aidan & Giles Favell, owes much of its existence to an original petrol driven railcar that was built for a railway in the garden of a vicarage in a welsh mining village, but that's another story. The loco, which on many occasions has proved a life saver for the railway, is powered by a diesel hydraulic unit driving one of the two bogies. The loco is easy to drive and provides ideal training facilities for new drivers. Photograph © Roy Harwood. Back to Locomotives